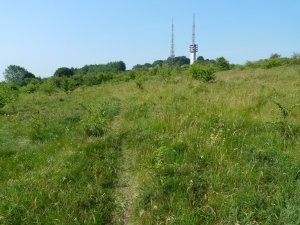 Victory in Europe Day will be marked in Sandwell tomorrow by the lighting of a beacon on the Rowley Hills, to commemorate the 70th anniversary of the end of the Second World War in Europe.

Sandwell borough is joining a national chain of 200 beacons being lit to mark the day on Friday 8 May, using the special gas-fuelled beacon produced for VE Day this year with a unique burner head in the shape of a V for victory.

The Queen will light the principal beacon at Windsor Castle.

Sandwell Mayor Councillor Derek Rowley will light a beacon on the Rowley Hills at 9.32pm which people will be able to see from miles around.