We hope you are all staying safe and well during this very strange and uncertain time. As per  the Government’s guidance, all Friends of Rowley Hills events have been postponed and we’ll keep you updated about when normal service will resume.

Here’s recent some good news from the hills. During one of our volunteer days at the start of March, an owl pellet was found on top of a fence post. Owl pellets are composed of all the parts of an owl’s prey that cannot be digested – mainly bones and fur. As these cannot pass through an owl’s digestive tract, they are instead regurgitated as a neat package. This may sound a bit disgusting, but it tells us 2 very interesting pieces of information – the first one being that an owl has been using the hills, and the second one being what it has been eating! We are uncertain of the species of owl but it is likely to be a Tawny Owl, or possibly a Barn Owl. Tom from the Wildlife Trust dissected the pellet to discover what the owl had eaten, and found that it was a vole species. He was able to reconstruct almost its entire skeleton – see the photos below.

The vole’s skull discovered in the pellet. 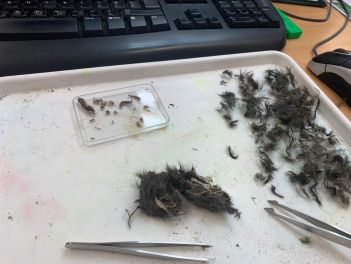 Progressing through the dissection. 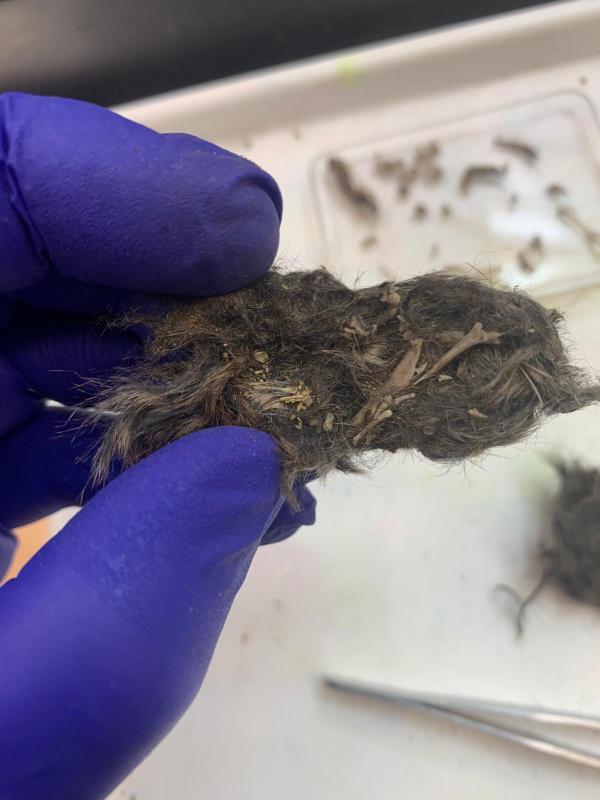 The bones starting to reveal themselves.

4 thoughts on “Owls on the hills!”